Dubrovnik Lovrijenac – A Fortress That Stood the Test of Time 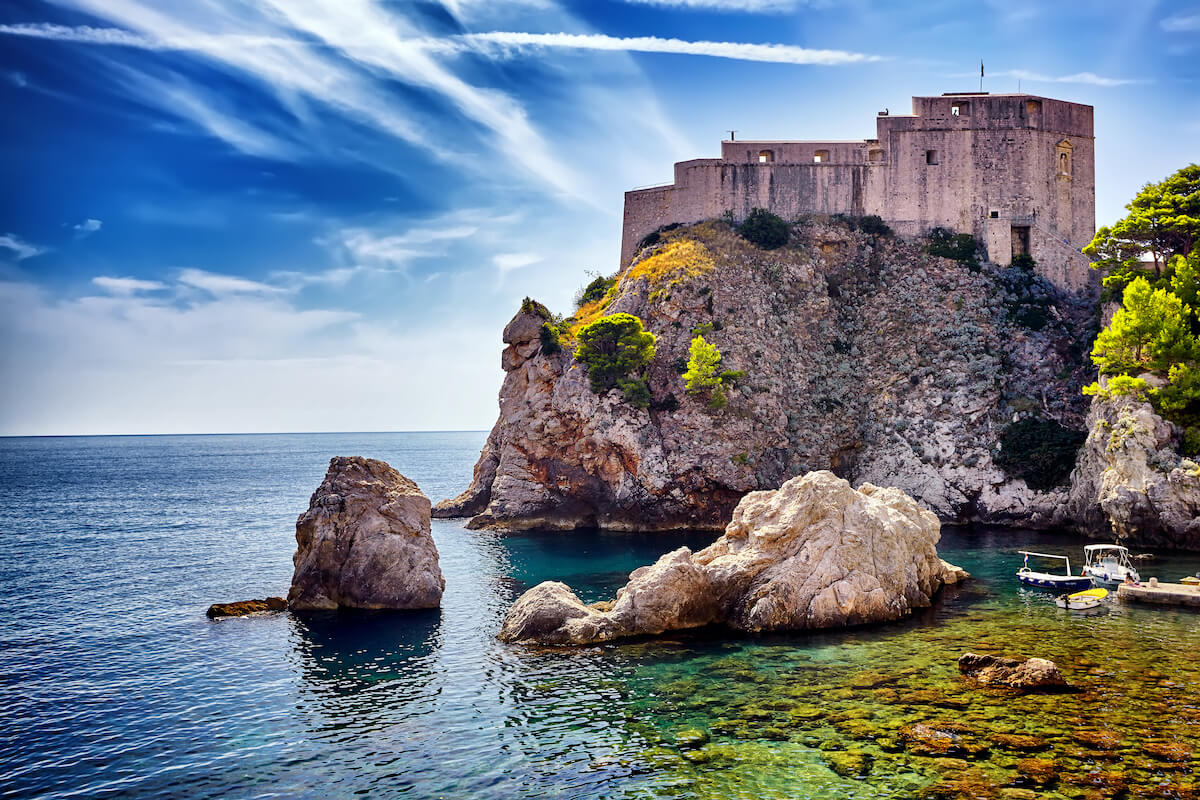 Lovrijenac fortress is huge tourist attraction in the Dubrovnik and one of the most impressive locations in Croatia. Perched on a high rock at the edge of the city, this 37-meter above sea level tower never fails to impress visitors coming from every part of the world.
Initially built to defend the western part of Dubrovnik’s Old Town, it was established as a defensive position for the whole city, protecting two entrances – invasion from the sea or by land. 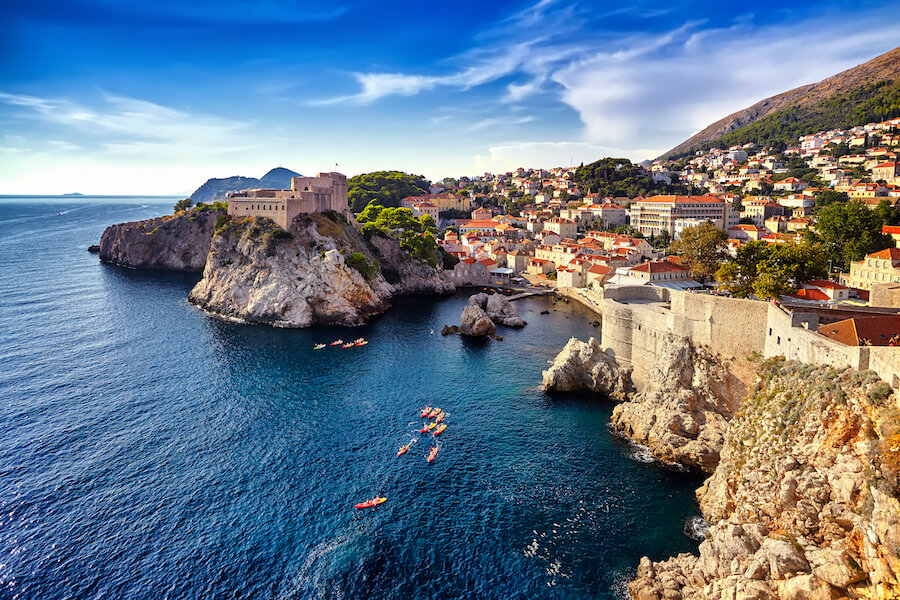 Let’s go back in time to learn about some of Dubrovnik’s Lovrijenac historical facts. First records of forts existence show that Fort Lovrijenac existed since the 1300s when the council voted to choose the fort commander.

However, experts in history state that St. Lawrence Fortress was built between 1018 and 1038.

A legend that dates back to the 11th century states that Venetians wanted to conquer the city of Dubrovnik by establishing a fortress on the perched high-altitude rock facing the Adriatic Sea, and take control over the people.

They tricked Venetians in a way, and they were a step ahead of them.

When Venetians finally made it to Dubrovnik, carrying all their troops and building material on their ships, they were surprised to find an enormous fortress built on a high rock right in front of their eyes. It was at that moment they knew their plan was a big fail. Those were the first records ever written about Lovrijenac.

As time goes on, several construction works were made to preserve this detached fortress and avoid any damages.

Between the 15th and the 16th century, the builder I. K. Zanchi of Pesaro was responsible for the significant works of fixing the upper walls fortifications.

Following the 1667 earthquake, Fort Lovrijenac was like many other Dubrovnik buildings to suffer from significant damages. So, other repairs were done in the 17th century to keep the fort as it was before. 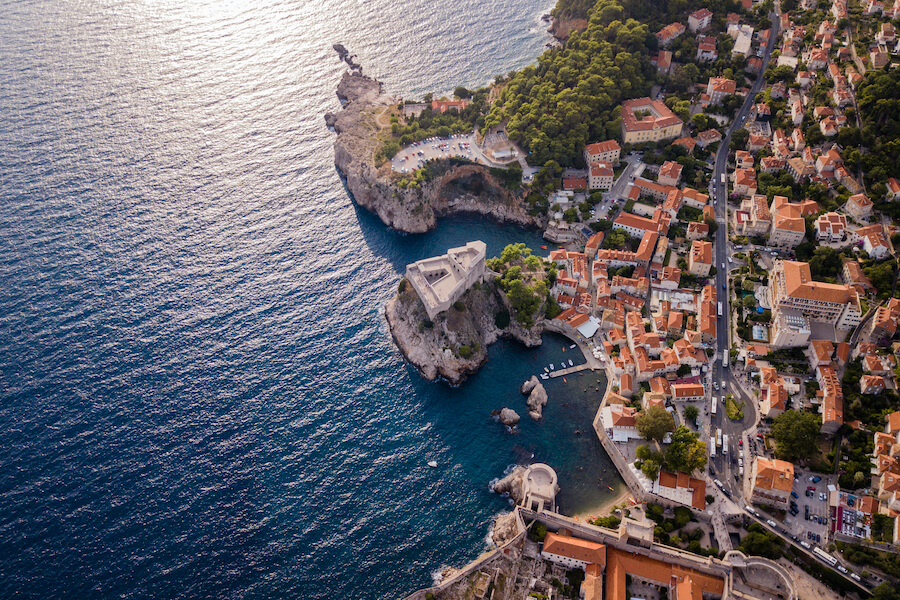 The three-level fortress has a triangular shape. It has three terraces since it’s built on many levels, with stiff upper wall defenses.

These terraces face the southern part of the city by the Adriatic Sea.

Fort Lovrijenac protects port Kolorina which is the oldest port of Dubrovnik.

That’s because the longest wall of the fort faces the western wall of the city, and also Fort Bokar, the cylindrical oceanside fortress that was built in the 15th century to protect Dubrovnik’s Old Town entrance, the Pile Gate.

Lovrijenac fortress faces the western side of the city with its smallest part, which happens to be also its highest part.

The fort basically has the same orientation of the rock that it was built on.

The inside of Lovrijenac’s fortress features a big inner courtyard bounded by numerous arches.

Just above the main entrance to Fort Lovrijenac, an engraved inscription mentions:

“Freedom is not to be sold for all the treasures (or all the gold) in the world”.

The rooftop of Lovrijenac features ten big cannons. The largest one is called the ‘Lizard,’ designed and made by Ivan Rabljanin in 1537.

These cannons were planted on top to defend the city from pirates and intruders.

An important point to mention is the ‘Lizard’ cannon was never used.

As the fortress was conquered by the Austrian army in the 19th century and was completely defenseless, the occupying troops were transporting all the guns.

A rope, holding the gun of the ‘Lizard’ was torn off, and the gun was lost in the Adriatic Sea and was never found.

Up until that time, the fort was the greatest defender of the city’s freedom. During the Austrian occupation, the fort was turned to a military base.

The layout of Fort Lovrijenac isn’t typical, as it was built in different proportions. It was a sort of a defense mechanism established to defend Old Town, although this mechanism failed.

It consisted of building the walls of the fortress in different thicknesses.

The exterior wall facing the Adriatic Sea were built on a 12-meter thickness! Such a thickness was made in order to protect the city from any potential enemy attack.

However, the walls facing the city, the eastern part, are only 60cm thick. The reason for that is to protect the city not only from foreign enemy but also from any possible rebellion of the fort garrison commander. So, if the garrison commander ever wanted to rebel against the city, the thin wall would collapse by the first fire attacks from fort Bokar.

Today, St. Lawrence Fort serves as a fortress and a theater. During Dubrovnik Summer Festival, the three terraces of the fortress serve as performance venues for theatrical plays.

Shakespeare’s “Hamlet” is one of the most famous plays, featuring in the Summer Festival of Dubrovnik, to be performed in Lovrijenac fortress.

It’s also possible to rent the fortress for special events and weddings. 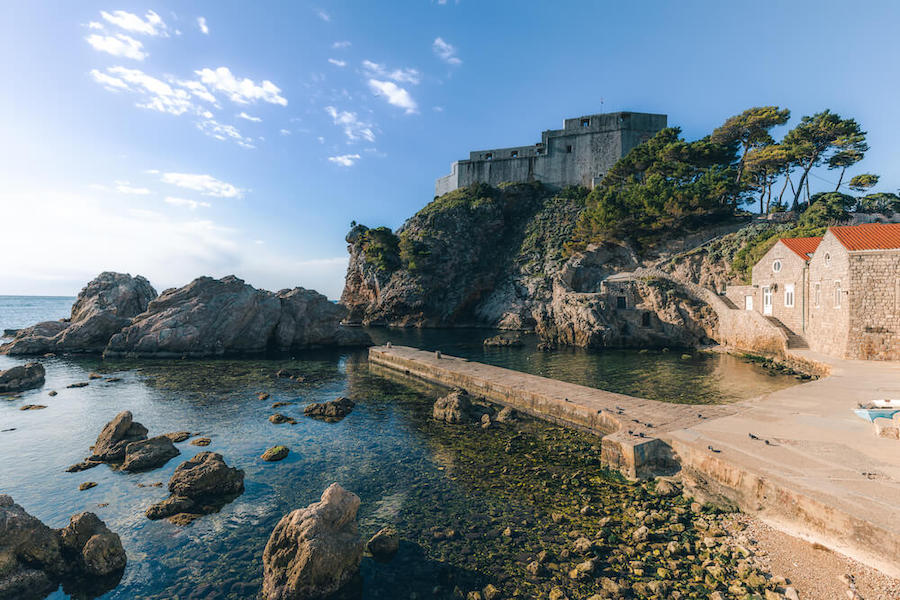 For all “Game of Thrones” fans out there, Fort Lawrence is the original filming location of The Red Keep, at the capital King’s Landing!

Many scenes were filmed in Lovrijenac fort like we’ve seen some of our favorite characters Tyrion, Bronn, and Podrick standing there following the Battle of Blackwater Bay.

When and How to Visit It 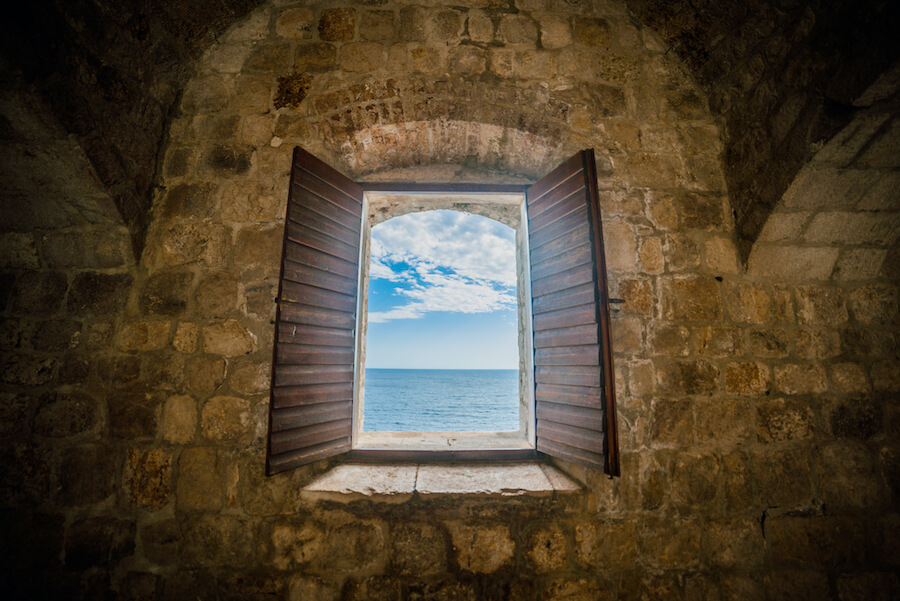 Dubrovnik’s Lovrijenac fortress welcomes visitors daily, not just from Croatia, from 8 am to 7 pm. You can visit it at any time of the year. You don’t have to pay any additional entry fee because the price is included with the City Walls entrance ticket. It’s very easy to get there from any part of Dubrovnik.

We recommend you go to the City Walls first, climb up and walk around the city. Then, visit Lovrijenac fort and witness the most incredible views of the city. At sunset, the view is the best!

Feeling intrigued to take a closer look? All you have to do is join one of our tours around Dubrovnik!

“Freedom is not to be sold for all the treasures (or all the gold) in the world”.